In the heap of SAKs I bought there were two I intended to keep.
This  is one of them. And it’s an interesting SAK.

First off, the name. It does not have one. 1.3623 is the number it goes by. The toolset is almost identical to the Mechanic, but this one has a Corkscrew instead of a Philips Screwdriver.
It’s the thinnest SAK to have a pair of pliers, that’s also interesting.
There is a variation of the 1.3623, the ‘Oath of Rutli’ as a part of the ‘Swiss Battle Series’.
Also, there is a thinner SAK with pliers, the Mechanic Jr., but it’s not generally available.

The Mechanic first appeared in Catalog in 1991. It was discontinued around 2006(SAKWiki). I assumed the same goes for this model.
The tang stamps put it between 1986-2005 so that’s not overly helpful.

This was an old-stock model. And the stores price tag was still on the back scale. Sadly there was no box. But in the time some-one would have payed fl 29,45 for it. That would be around €21,89 today (inflation corrected).

A little detail on the pliers. These are 3mm pliers without crimping tool: 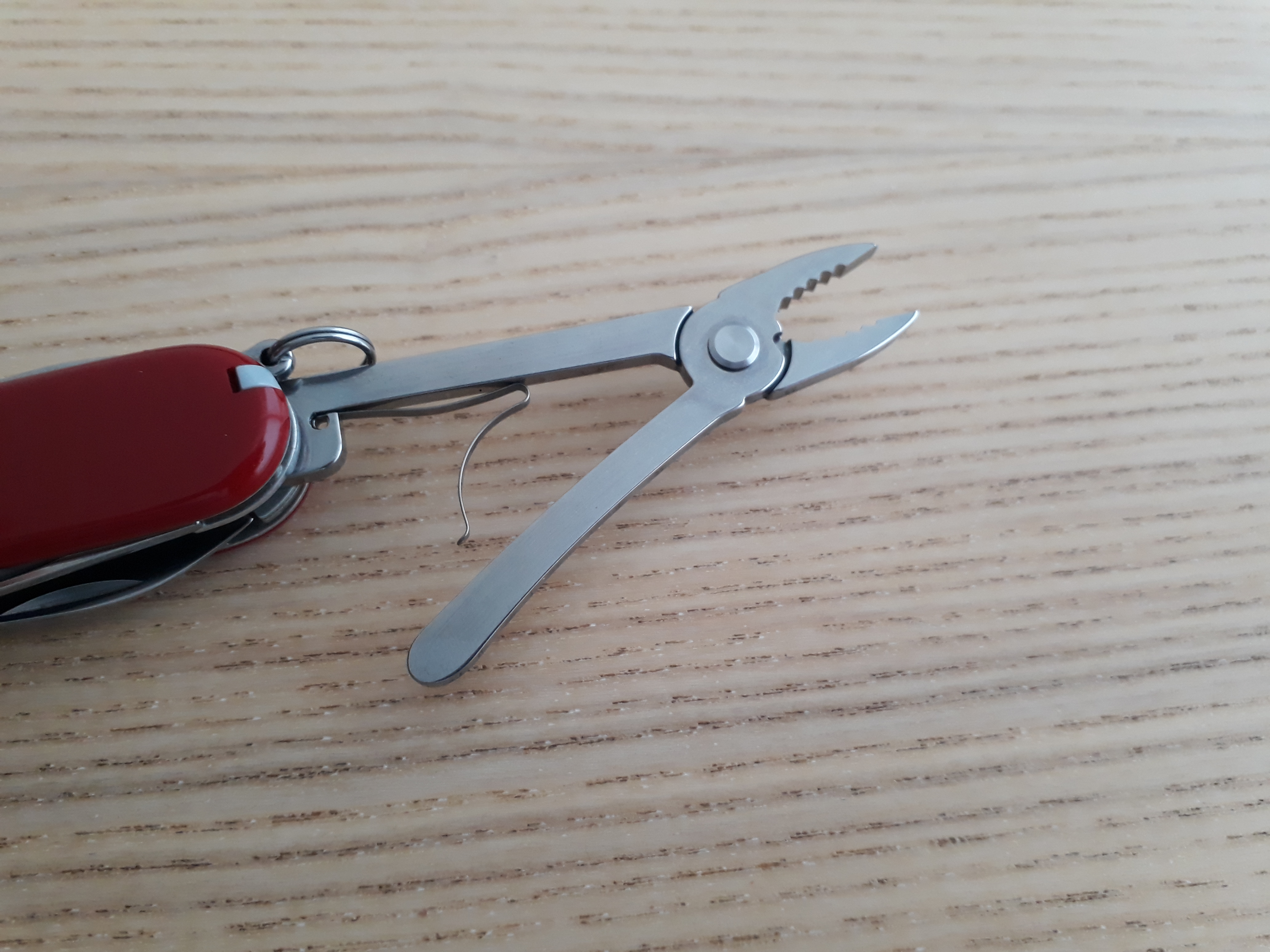 If we look on the back of the handle there is no spring groove. 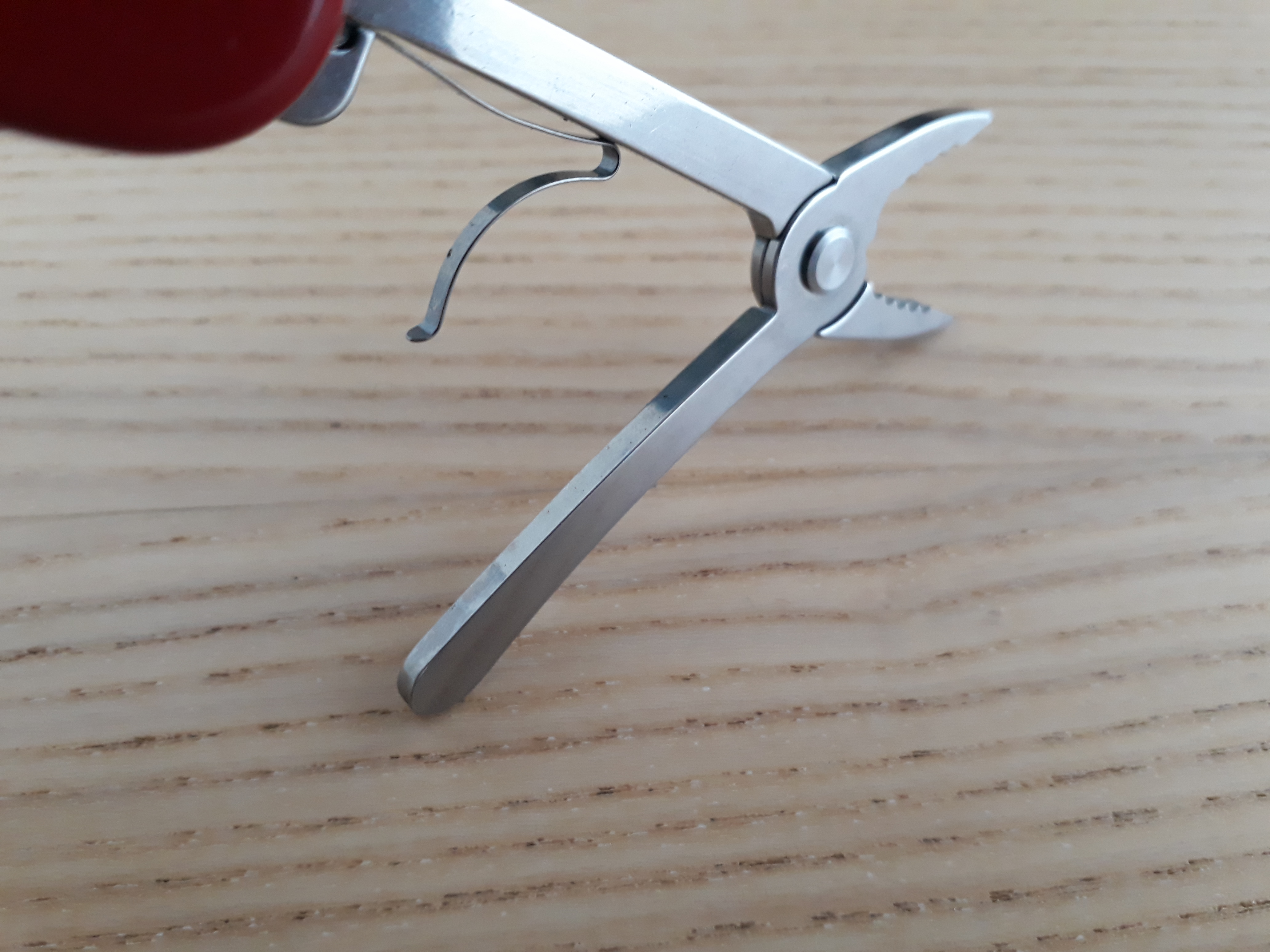