58mm SAKs are not a big part of my collection, but this one tickled my interest. The sellers foto’s were not that good, so it was a bit of a gamble.
This one turned out to be very nice.

I suspect that this was given as a promotional gift and it ended up in a drawer. The scales have what I call drawer-wear or drawer-damage, but the tools are mint. And that’s what makes this little SAK so interesting. 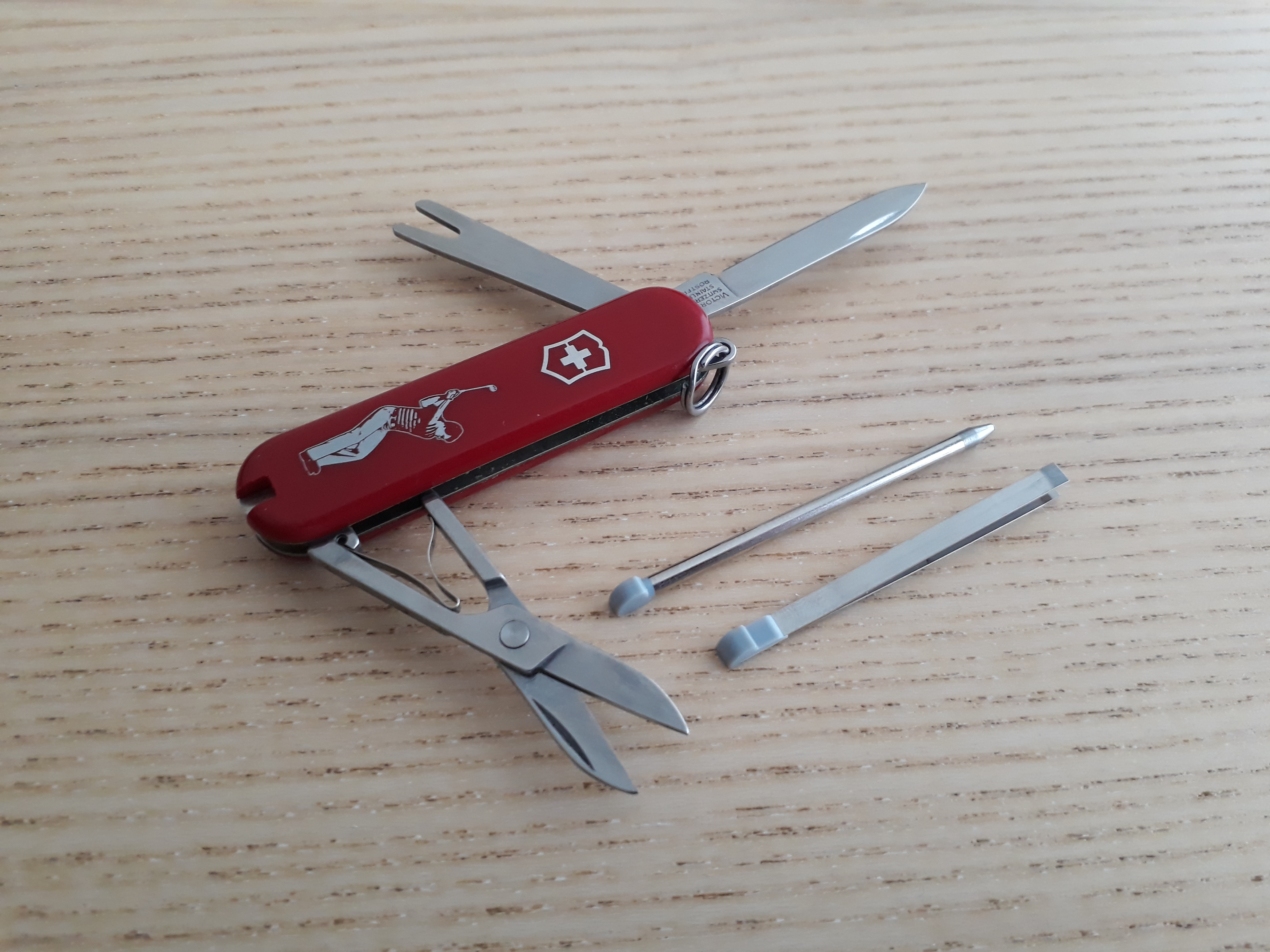 Around the ’90s Victorinox introduced pens in their SAKs. The 91mm plus scales are a fine example. And unlike the retractable pen Victorinox uses now, the 58mm SAKs had a removable pen as well.

At first glance this looks te be a Classic. However upon closer inspection we find a divot tool instead of the nailfile. The golfer print on the front scale kind a gave that away.
There is a grey nail-nich on the front and the back. This is because the back does not house the toothpick but the pen.

The 58mm pen is very interesting. It’s quite similar to the 91mm version. What surprises me is that the 58mm version was even made. Because in all honesty, it’s a horrible pen to write with. It’s jus too small to use comfortably.

Sure, it can be used for small notes, or marking a score on a golfcard. But it’s fiddly and easy to loose. I see how Victorinox eventually went with the retractable version. You are far less likely to loose it and the added body of the SAK makes it easier to use. You can even open the nailfile to add to the length of the pen.

But not on this one. Yet I really like it and if it weren’t so hard to get I’d EDC it.

Let’s take a look at the divot tool. While this is a very specific tool to have I’d like to rename it to tapa’s fork. Because it’s very well suited for olives, blocks of cheese or little meatballs.

So I’m sure to be on the lookout for another caddie to use as a party-SAK.