When I purchased a lot of SAKs I thought that I’d get four Huntsman (Huntsmen?).
Turns out I did, sort of.

Three of the Huntsman SAKs were damaged at first glance. But when the tools had extra stops when opening them I had a vague notion of what happened. A little research later I knew I had three Promotional Knives, SAKs that have been on display in a store. 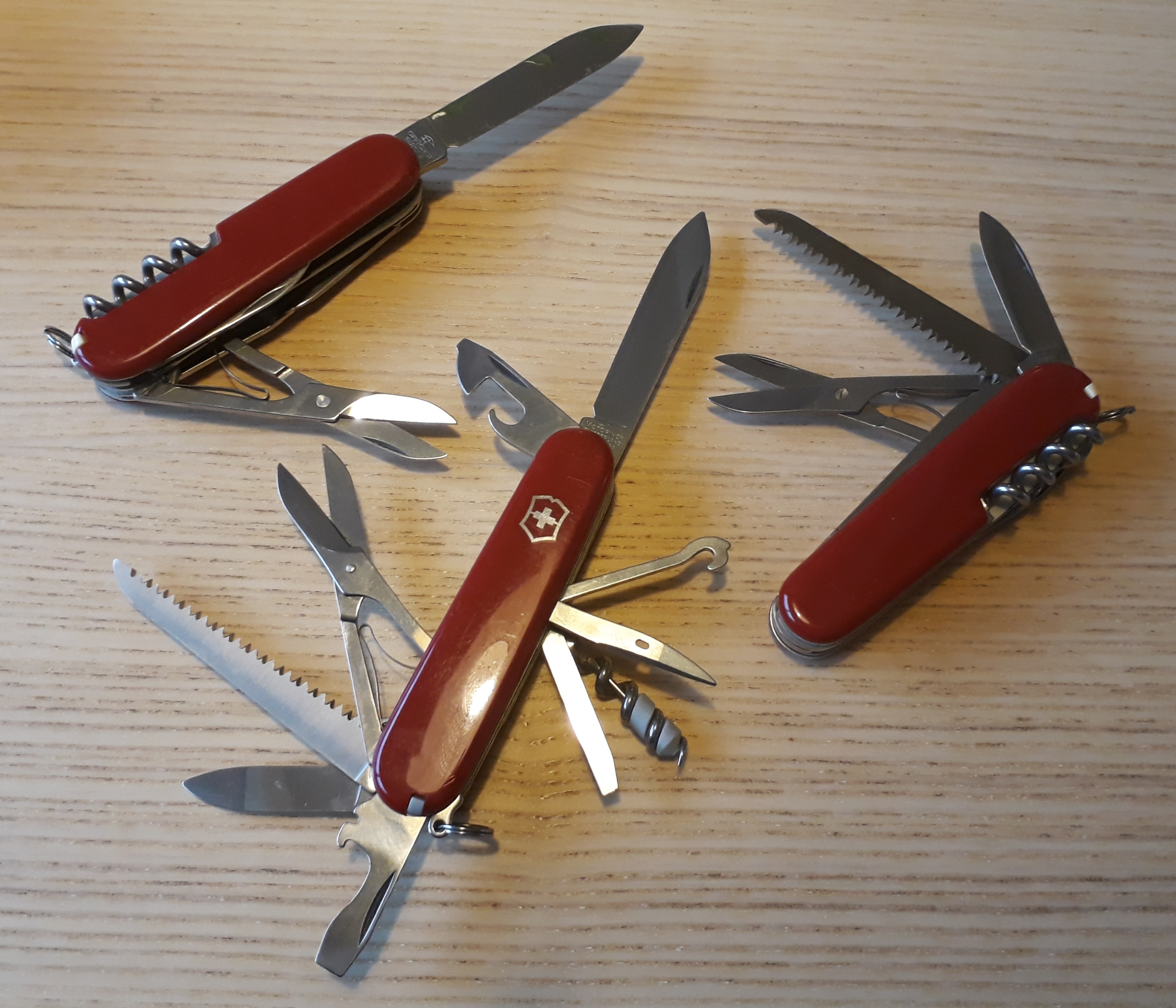 Fanning out the tools can be quite a hassle, sometimes they will snap shut on their own. The tools on this SAK had a piece filed out of the hinge of the tool to create an extra stop, indicated by the arrow. 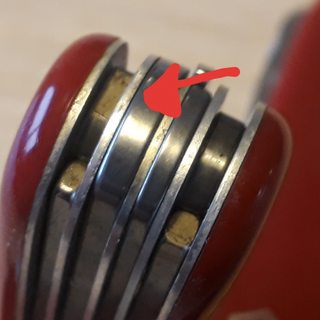 Because these SAKs are made to be on display there is no need for sharp blades. So the blades (Large and Small) are unsharpened. I found it difficult to photograph, but the bottom blade is unsharpened, the top blade is sharpened. 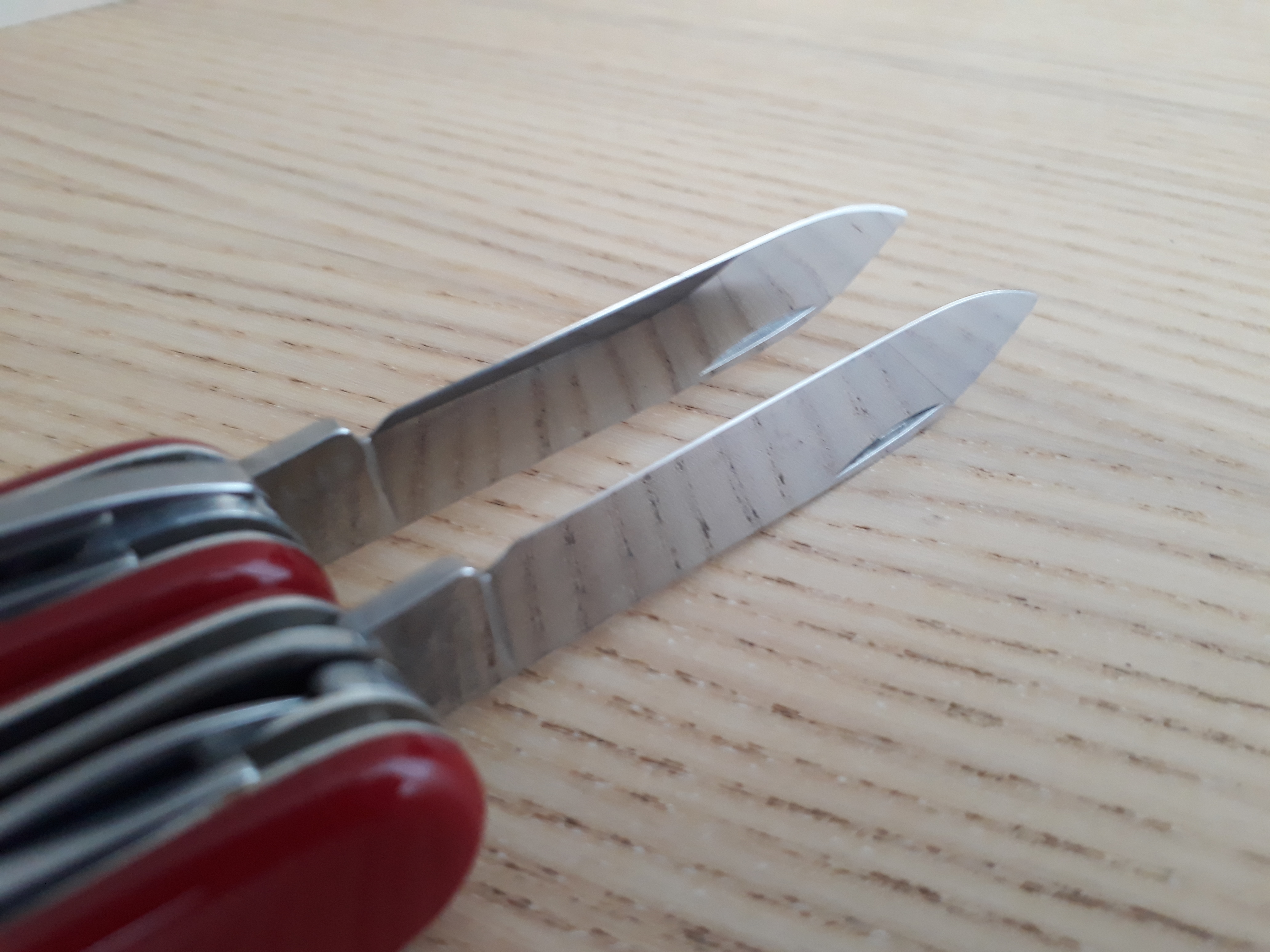 It’s fun to see that the scissors and the saw are razorsharp, as expected from Victorinox. Two of the Promotional Huntsman have scissors with screw, the other is riveted. 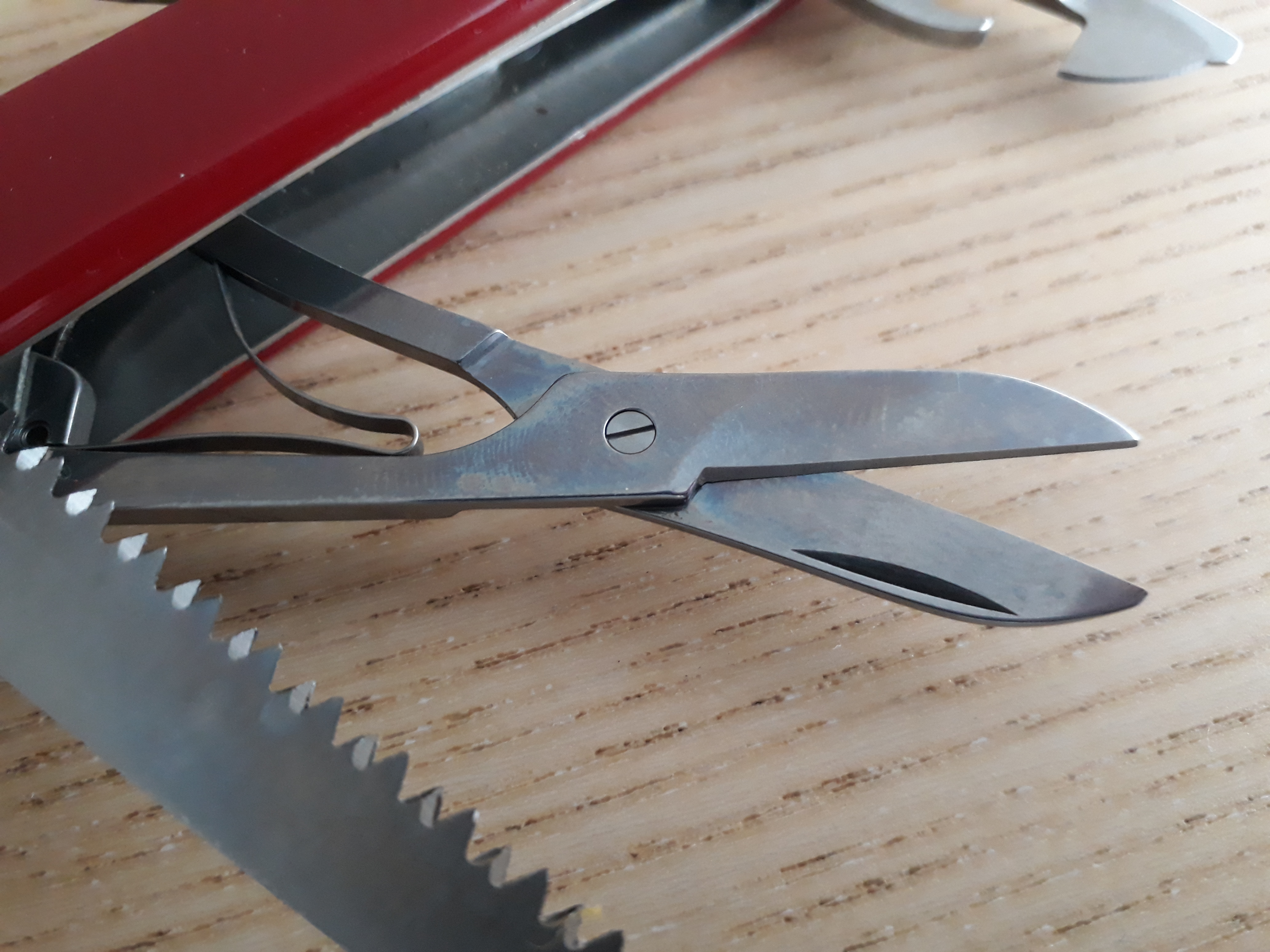 Another interesting feature on one of the three SAKs is the chisel. There is not supposed to be a chisel on the Huntsman. There is a reference to this on SAKWiki, so perhaps that makes the other two Huntsman without Chisel more interesting. 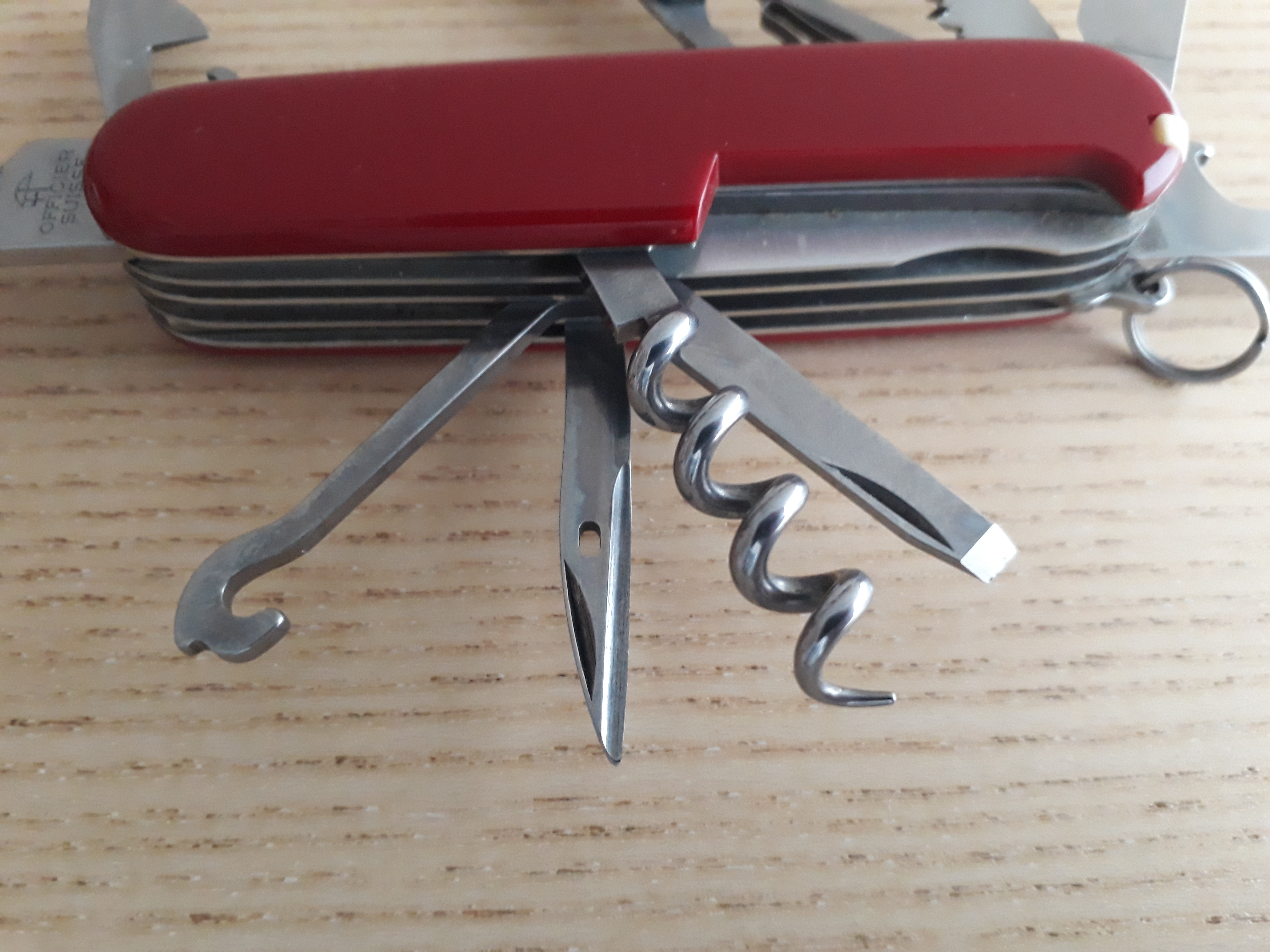